One of my favourite authors is Nick Hornby. He loves music. A lot. So he is kinda like me. Except his love for music goes ridiculously deep and I don’t think I can compete with him. But I will get there one day. His first novel was called “High Fidelity” which was made into a really great movie even though it was moved across the Atlantic and the end was changed. I still liked it. I have the DVD. You can come over to watch it if you like. Bring popcorn.

So in the spirit of “High Fidelity,” here are your top five songs with “change” in the title:

Even though Tears for Fears sang about everyone’s lust for ruling this planet, there definitely is a bigger set of musicians that are intent on expressing their desire to change the world. I wonder if it’s odd that so many people want to change the world. I also wonder how many arguments I can set of by saying Clapton is a better guitarist than Hendrix…

Over the past few months, I’ve undergone a lot of change. Some of my friends say it’s a change for the worse and hey, they actually might be right. There are several roots where this change has blossomed from but most of it stems from my foray into the country of Cambodia and one particular incident. But this is Finding Jozi and not Finding Phnom Penh. So with my tumultuous mind in the state that it was, Hasmita from Jozilicious suggested I go to Woodlands Healing Spa. She was rather mysterious as to why this would be a good idea but hey, I do trust her judgement.

Woodlands Healing Spa and Centre for Conscious Living is splendidly placed in the picturesque way out west in Muldersdrift. From Sandton, it’s about a 30 minute drive. The drive there is interesting in that you see this rather quick change from bustling metropolis to calm, serene countryside. Although us locals are rather used to it, many a foreigner is amazed at this transformation and vast tracts of open veld. The next time you’re driving out of Jozi, just watch this transition. It will have an effect on your mind. If it doesn’t, then your music is obviously too loud.

Apart from being a tranquil spa, the Centre for Conscious Living focuses on a more integrative approach to healing coupling traditional medicine with natural elements. They offer herbal and nutritional medication, Neuromuscular stimulation technique, Integrative Lifestyle Coaching, BodyTalk and Breathworks. More on those last two a bit later. 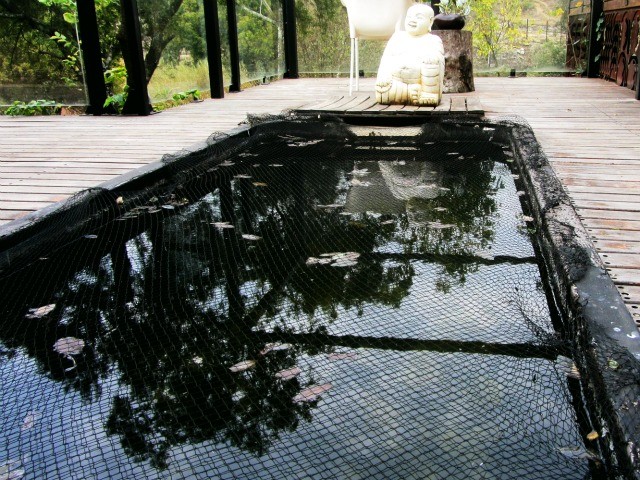 So, do I actually believe in this stuff? Well, it’s not a question of belief actually. I don’t really believe in anything after all. I do believe (wait, I can’t use that word haha) that things happen and that’s about it. There’s no need for belief. If it happens, then it happens. It really is that simple. When it comes to these “alternate” treatments, two things that I enjoy are Reiki and massages. My mum does Reiki on me and the concentration of heat is very evident. I always wake up after the session feeling really great. Not as great as when a blind person’s sight is restored but there is a notable difference. It’s the same with massages. The environment that these are performed in is calm and serene. After the hour long session, your mind feels more peaceful and your muscles feel even better after they’ve been manhandled by the practitioner. So basically, something does happen during this time. I’m not saying it’s religious, esoteric or spiritual. But it’s something and you really can’t deny that it happens. We will understand what it is some day but until then, I’m quite fine with it just happening. Get what I mean? 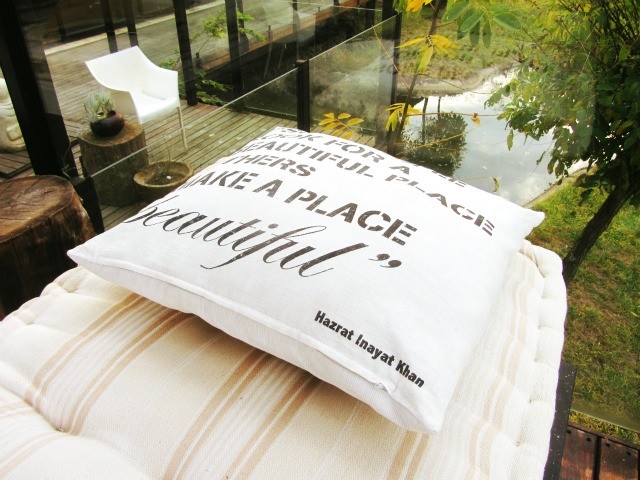 I head off through the beautiful garden to a little rustic yet elegant room. I enter and am greeted by a ceiling to floor window with a majestic view of a little pond overlooking the Crocodile River. First up is BodyTalk.

I lay down and the doctor begins the process. She holds my wrist and every few moments, does a tapping movement.

She then tells me certain things that I did not divulge to her about the state of my body and she explains what she has done. Yeah, I’m a little taken a back. This was quite personal so let’s just leave it here.

I’m told to wait in the room as I was in for a special treat. Dan Brule is a Breathworks pioneer. His career has taken him to some interesting places including a private session with Indira Gandhi. He walks into the room with his glorious, unkempt beard and takes a seat. He calmly relaxes into the chair. He then takes in a deep breath and exhales it with this vigour which was not really vigorous. There definitely is something about his aura that you notice. After a few moments, he starts to speak. We exchange words and he then explains this Breathworks that he’s practiced for many a year. He goes into the mechanisms of breathing and how powerful it actually is. Altering your breathing patterns can make so much of a difference when it comes to, well, everything you do in your life.

Then we get to the actual session. I lay down on a mattress and am given some very simple instructions. All I need to do is breath as I am told, relax and clear my mind of all thoughts.

That last one is the difficult one. I remember doing Bal Vikas classes all those years ago and being taught how to meditate. Yaaaa, that didn’t work out too well.

The breathing exercise is mostly centred on deep breaths in followed by quick expulsions of the air. I get into a rhythmic breathing cycle and after a few minutes, this becomes more vigorous.

My mind, at this point, is cleared but I keep fighting off thought. It becomes easier as I breathe.

My mouth has dried out but not really. It’s a weird but not unpleasant. There is a glass of water next to me. I decide I don’t need it.

One of the criticisms of Breathworks is its apparent reliance on hyperventilation. Around half way through the session, the effects of this hyperventilation do engulf my body. It’s actually a pleasant feeling as I have the sensation of having the ability to rid my body of any negativity that I want to get rid of.

My body then tenses up as this entire experience reaches a peak. Your body is in a transcendent type state. I did a second, group session two days later and this state is one which is entirely dependent on the individual. Some people cried. Others felt euphoric. Others, like me, felt a great tenseness where my body was fighting. I can’t explain this deeper. But at the time, with my mind set as it was, this felt like me.

I then slipped into a meditative state which was not sleep but neither was I conscious. A few minutes later I felt a natural end to this process and the session slowly winded down.

I finally wake up and take a seat. Dan sits there with his unmistakeable aura and keeps breathing. We sit in silence for a very long time.

I finally leave and sit down and enjoy a glass of water which was merrily flavoured with rosemary. 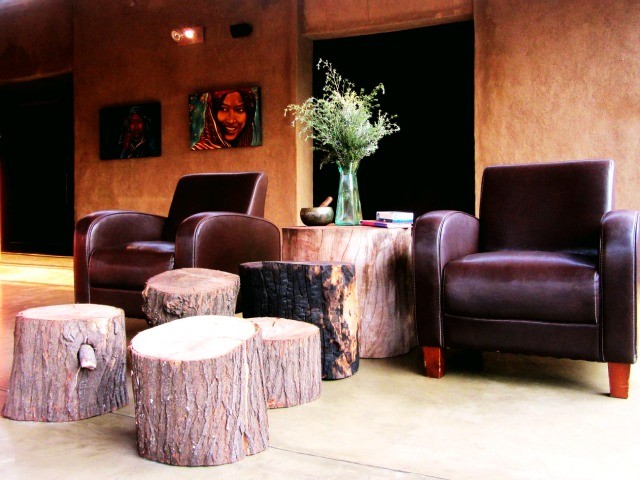 Next to me sits the person that was going in next. I smile and tell her to just go in and follow the instructions and see how it goes. We both ended up back for a second session a few days later.

This was an uneasy difference. I felt really, um, odd that Friday evening. I went to a friend’s place that night for a braai and they noticed how completely out of it I felt. The doctor at Woodlands explained that this was due to my body reacting to this treatment.

On Saturday morning, I felt FANTASTIC. Given my mental state that week, this was totally out of character. So the effects of the breathing seemed to have worked. Or maybe it was something else. Who knows…

My feeling is that you should really give Breathworks a try. It surprised me in the best possible way. If you’re not that adventurous, then maybe just go to the spa at Woodlands. I cannot explain how amazingly beautiful the location is. 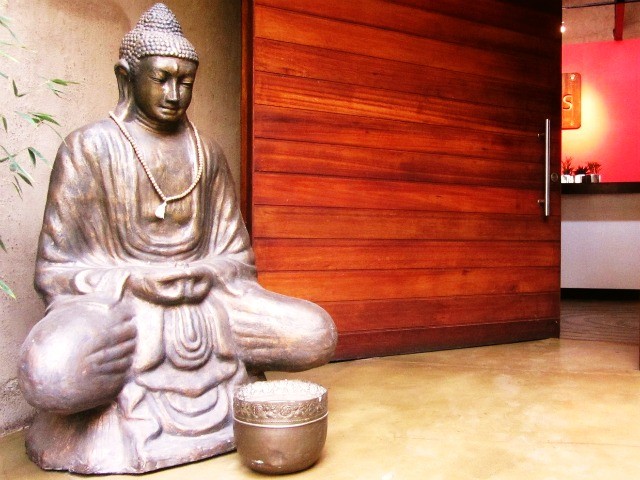 When to go: They’re open every day until 16:30. You will need to book in advance but that is exactly like most other places. Check their site: http://woodlandswellbeingspa.com or contact them : 011 668 1918 or 071 6807971 and email bookings@healingatwoodlands.co.za

How to get there: Directions are on the site but it’s pretty easy.  From Sandton, get onto the N14 and drive towards Roodepoort. Before you get to the SASOL garage, you will see the Muldersdrift turn off.  Take this, go under the bridge and turn towards the Magaliesberg. Woodlands is a few hundred metres up the road on your right.

Cost: Give them a call for a quote. You can also claim back from medical aid for your treatments at the Centre for Conscious Living.

Anything Else: If you’re reading this post when it’s published, you are in luck! There is a Breathworks Workshop this weekend 31 August 2013 at 14:30. If you want to give this a try, give them a call and discuss it. Try it out. It’s quite special. I can vouch for that. 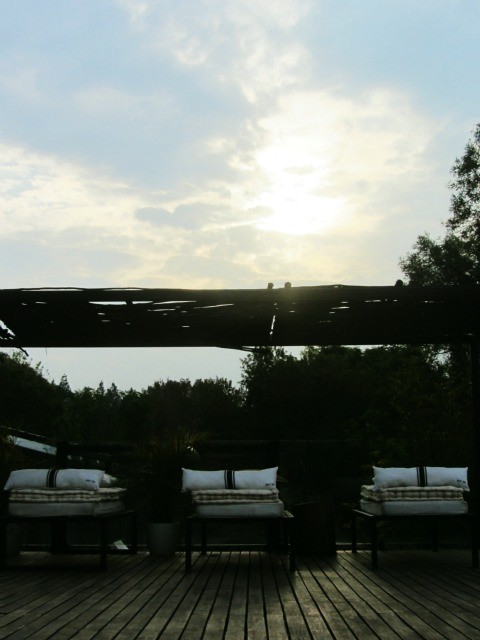