London has the Thames. Paris has the Seine. New York City has the sea and the Hudson. Jozi, on the other hand, has a few species of aloe and some thorn bushes. If you look around Jozi, there is a definitive lack of a decent sized river that flows through it. Sure there is the Juksei, Braamfontein and even the Hennops up in Pretoria but none of these are of a decent size to sustain a sizable population. The Vaal River, which provides the lifeblood for this a huge part of this wonderful nation, is around 80km to the south of Jozi central. Jozi was built on gold and just gold. The gold would pay for this water. And for anything else that was needed. Although sometimes these needs weren’t even paid for.

In the late 1800s, the randlords required labour to get hold of this precious metal which would build their everlasting fortunes. They pooled this labour from the tribes inhabiting different parts of the country and had them slave away in these mines. The Workers Museum celebrates these migrant workers and gives you a glimpse into the hardships they faced. 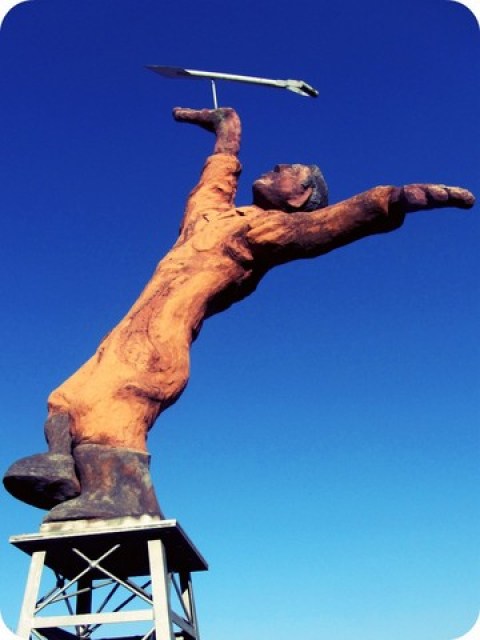 The compound system was introduced in the 1880s after other attempts at controlling labour were tried. This system worked like a prison system where all workers were housed in a closed off compound which would allow the mine owners complete control of the labourer’s entire life. The compound that now house the Workers Museum actually was not used to house gold miners. Just across the road stands what is known today as the Turbine Hall. In the days gone by, this was power station, complete with commanding cooling towers, responsible for powering gold rush. When the compound was built in 1913, most of the occupants worked there or in the sanitary department of Jozi. 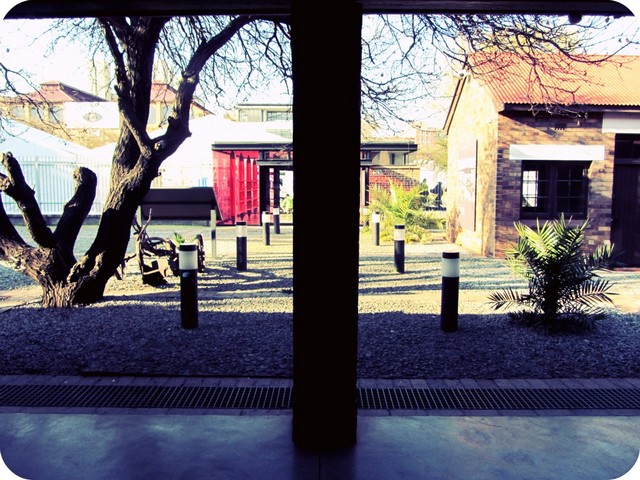 This compound housed around 300 black men that were transplanted from their native lands (as determined by the 1913 Natives Land Act) and brought here whilst leaving their wives and children back in the homeland. During the day, they toiled in the heavy industry and by night, they retired here. You know how, after a long, hard day at work, you come at home to retire by plopping yourself in front of the TV on your Coricraft couch? Yeah, forget that image. Here, you retired to a cold, uninviting room where you “owned” one of nine, harsh concrete beds with a bunk on top. Depending on the compound, this could be less but there was usually more. Here, there was no privacy, no electricity, communal showers, you weren’t allowed visitors and not allowed to speak after 10pm. Just the thought of a trade union was preposterous. Skills development was also kept to a minimum ensuring that you could not move upwards and were kept doing the same job year after year. You earned so little that you could only go back home, for a weekend, once or twice a year (if you were lucky.) Imagine not seeing a loved one for that long. That is something that will destroy your soul. Punishment for any transgression was severe. As workers were brought in from all over the country and they all spoke different languages, this is where the Fanagalo lingua franca was born. 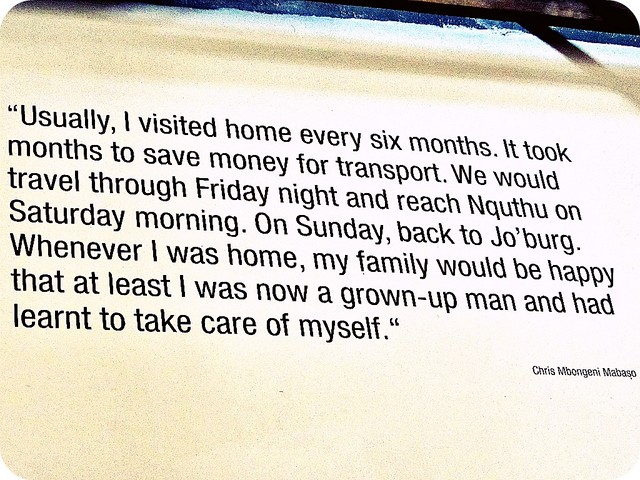 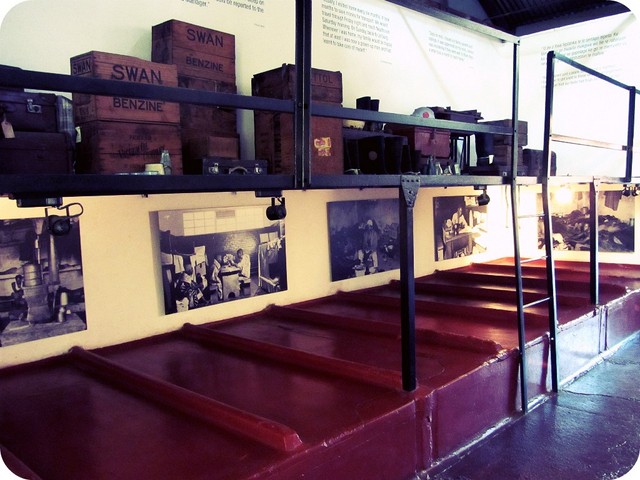 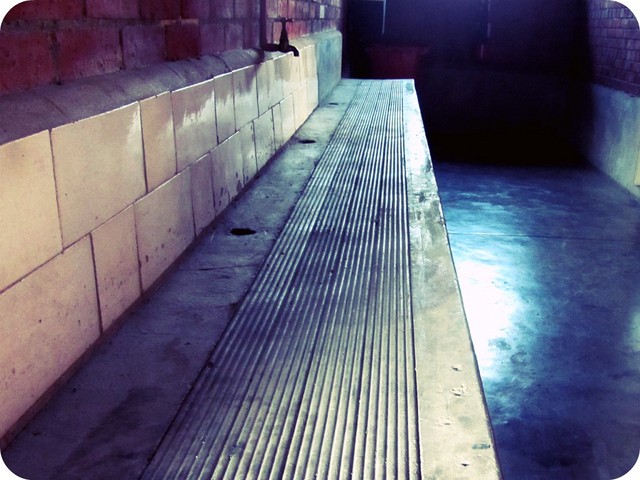 Behind the compound are some of the cottages that housed the white, skilled workers or the guards. In stark contrast, this lays bare the conditions the two races were subject to. A thought to ponder is that in order to keep these men shackled, so many guards were employed to make this happen. It’s quite perplexing to understand how someone makes their livelihood by oppressing their fellow man. Then again, this is a very common occurrence in many reputable professions today – except, it is deemed socially acceptable. 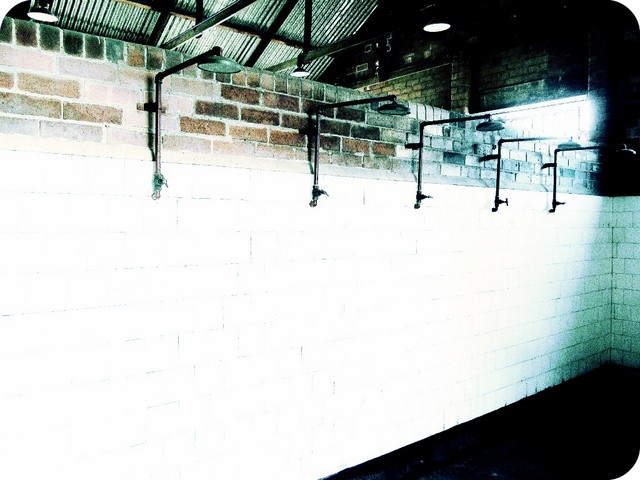 This compound was not a relic of pre-apartheid South Africa. It remained functional into the 1980s utilising the same strict discipline coupled with the atrocious living conditions. Most of you were alive when people were being treated this way in your own backyard. It puts into perspective how people complain vehemently when they have to sleep on a friend’s couch and he didn’t have low-fat milk for their coffee in the morning. 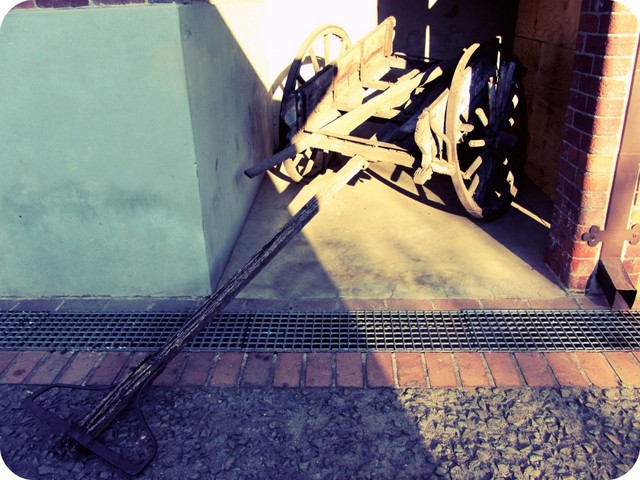 Mines in South Africa still use similar systems to house the migrant workforce that toils for gold, coal and platinum. The conditions are allegedly better but you can go and visit these to be the judge of that. Working conditions in South-East Asia are allegedly still very much like Apartheid South Africa.

The Workers Museum houses an exhibition room that details the role workers had in the struggle. Without them, the struggle would have suffered dearly. I gravitated towards the exhibits from the 1980s and the role the UDF played in shaping the country. 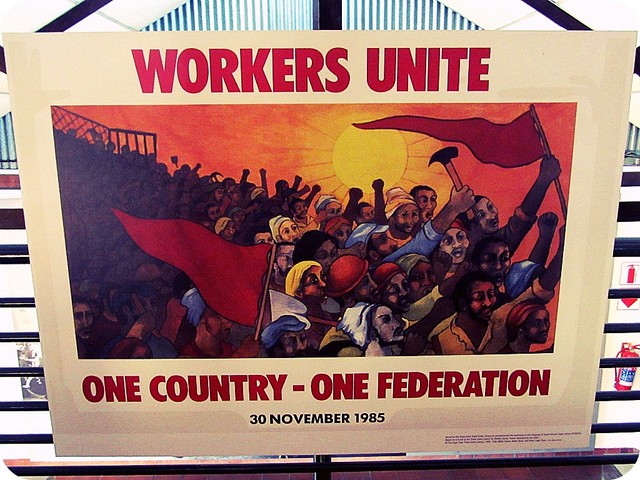 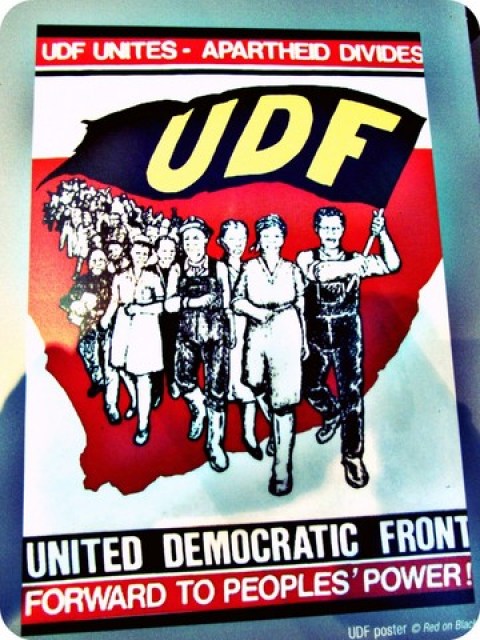 Museums like this help you see first-hand where the social injustice in this country stemmed from. Viewing the beds and shower stalls shock one into realising how far our country has come in such a short period of time. For me, it also reinforces why there is still so much needed to be done to address these injustices of the past. 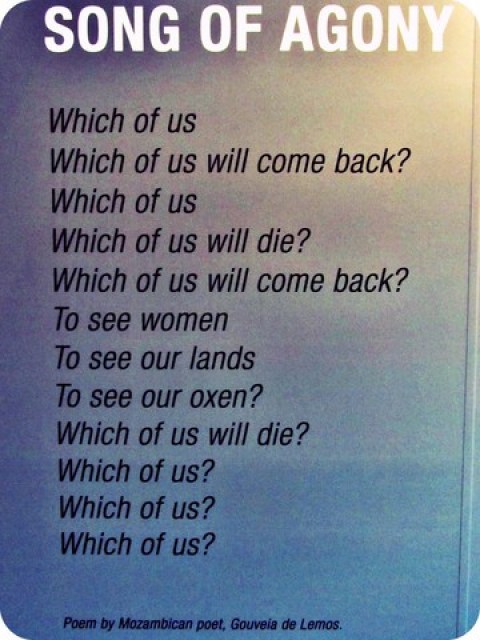 When to go: The museum is opened during the day every day of the week. Not too sure of the exact times but I would think it would generally be opened between 09h00 and 17h00.

How to get there: The simplest way to get there would be to come by helicopter. Or you could try looking for Sci-Bono Centre on your GPS as you’re going to park in that parking lot. To get there from north Jozi, take the Jan Smuts off-ramp from the M1 South and follow this road through Braamfontein. Go over the Nelson Mandela Bridge and take your first right turn into Carr Street. Then take a left into Miriam Makeba Street. Drive till you see Sci-Bono in front of your and Turbine Hall on your left. Turn right into the parking lot (which was once cooling towers – a small cooling tower still actually stands in the parking lot although you probably won’t recognise it seeing that it is so small.)

Cost: The museum is free but there is a donation box and, if I remember, the info kiosk does have some things for sale. Support them.

Anything Else: When you go to check out the museum, I suggest getting to the museum early then doing a walking tour of Newtown. The Sci-Bono Centre is in the same parking lot as the museum while Museum Africa is a five-minute walk away. The Market Theatre is also just around the corner and the acclaimed SAB World of Beer is across the road. If you are peckish, there is Sophiatown (a restaurant – not the suburb) which is apparently quite cool even though I have not been there. A quick drive away is the original Chinatown, Fordsburg and Jozi central. I visited the museum as part of a photowalk organised by the Joburg Photowalkers. If you’re in Jozi and like photography, then you really should join em.

The museum is just a bite-sized morsel into the history of the worker and the struggle against apartheid. I skimped on much of the historical information here as there are many other museums in Jozi that offer greater depth about the history of this beautiful city and country. Reading up on these places cannot help you feel and understand this exquisite yet painful history we all share. You really should just go. 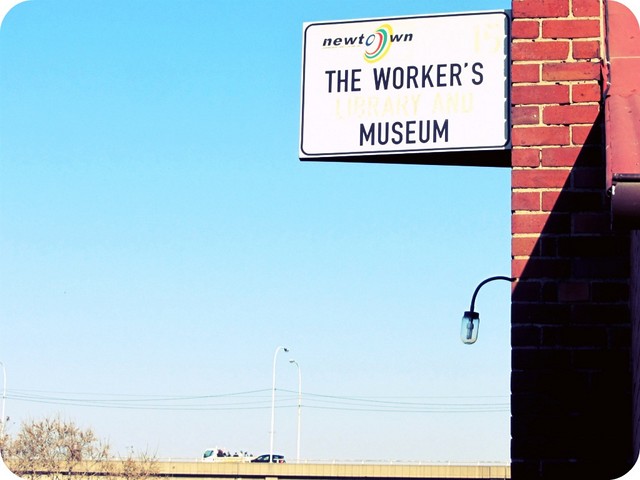 4 thoughts on “The Workers Museum in Newtown”