So it was a sunny day in the middle of last year. Being a day, I decided to give Riaz, Keshin and Brat a call and said, “Hey, let’s go to Soweto.” So we did.

We really had no plan on what we intended to do or even where we were going. But we did go to Soweto and enjoyed the sights and sounds of pretty normal life. Soweto does have this ability to make you miss home. You miss walking on the road to the shop to go get a 1.25 litre bottle of Coke. You miss the seriously hot girls just randomly walking on the side of the road. You miss the mags and the sound of Golf 1s, Golf 6s and Ford Escorts. Township life is oddly similar everywhere you go. It always is so much cooler than the hoity toity suburbs that the township folk aspire to live in even though it’s completely and utterly mundane in these laarnie suburbs.

Anyway, we got hungry so we stopped at Skosi’s Road House? Why did we choose Skosi’s Road House? Well, we were hungry and it was there so that was a pretty good reason. Just as people like going to the quaint, little, indie bistro in Park-something, these non-franchised establishments do much for small enterprises and for preserving a culture that KFC is intent on swallowing. By supporting these, you ensure that the country isn’t run over by corporate franchises which, whilst providing some employment, they also make a few shareholders richer than Scrooge McDuck. But that’s just me. 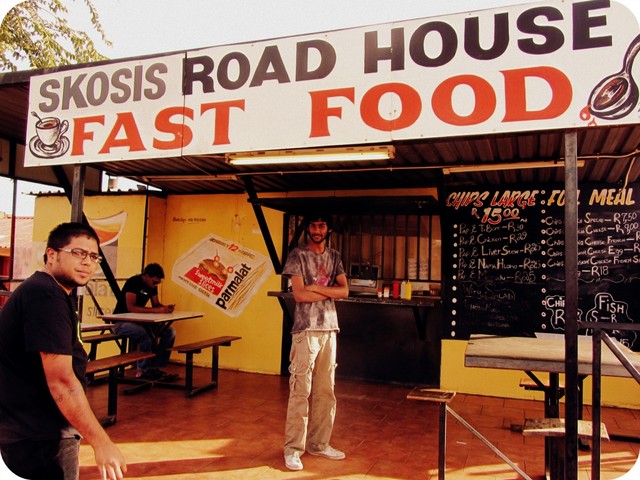 I don’t think you can get a better value meal than a T-bone & Pap for R30. Okay, maybe the Chicken & Pap for R29 might rival it. So we ordered it. To us foreigners, the only way we could foresee enjoying this meal was to wash it down with a few quarts of Black Label. I figured that SAB has indoctrinated us pretty damn well. Sadly, Skosi (yes, I am a bad person for not asking the cook his name so I’ll assume he was Skosi) did not have a liquor license but told us there was a shebeen very close by.

Close is a relative word.

Our Sandton legs took us for a tour through the township for a good 20 minutes. We passed a seriously nice looking house on the way. We finally found the shebeen.

It took us another five minutes to figure out that even though it was open and there was a TV on in the shebeen, nobody was going to come out to serve us. Why? I don’t know.

So we missioned down another road until we found another shebeen. Luckily this one was opened. We got four quarts just because. It came to R34 which is about the price of a 330ml beer in Rosebank club right? 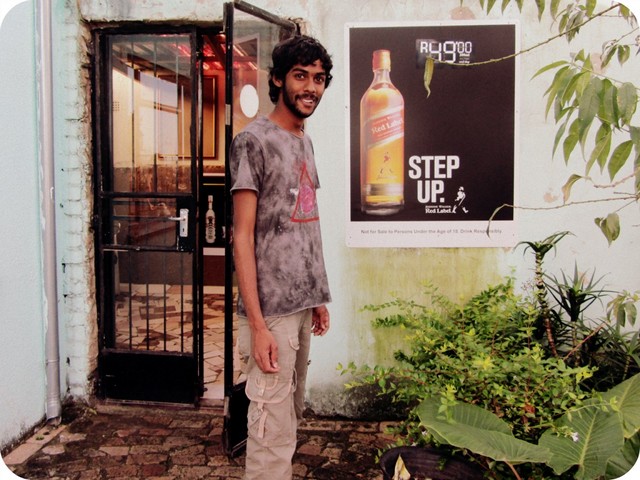 Triumphantly, we missioned back. On the way back, we deduced the seriously nice looking house was actually a shebeen. We dismiss this as balderdash whilst our sweat soaked our t-shirts a little bit more.

Upon our return, Skosi served us our slap chips, which could feed two province and our perfectly cooked main meals which also, could feed a province. So we ordered four main meals and two slap chips which means we could have fed every province in South Africa (except the Western Cape.) Pretty cool huh? 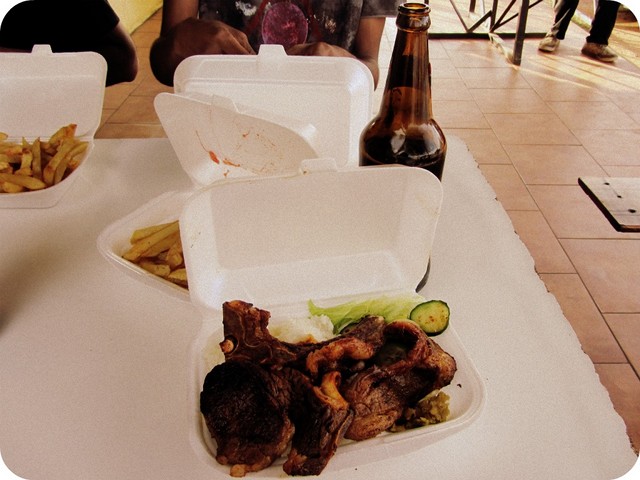 The meal was undoubtedly one of the best meals I have ever had. The succulent spices married with the tender meat to provide a taste beyond comprehension. Offset by the delectable pap and salad, the meal hit the spot like no other. We sat (and drank) in silence for a good couple minutes while we devoured our chows. We ate to our hearts content and still had decent sized leftovers which we shared with some people walking by. Six people happily fed (and merrily boozed) for under R200.

We left Skosi’s with a hint of sadness seeing that we’d probably never come back here. This was mostly because we had no idea where in Soweto we were. We never really did find a point for that journey but damn, it was a good one.

None of us got food poisoning. We also didn’t die from what we ate. 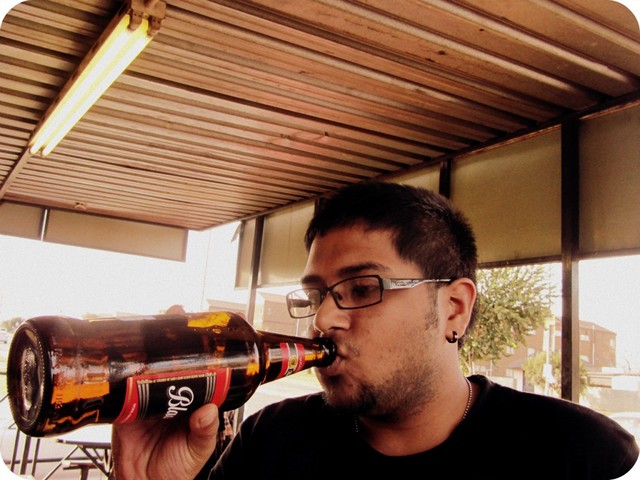 When to go: If you’re reading this during the day, take a drive to Soweto now.

How to get there: I honestly have not the remotest clue where Skosi’s Road House is. The great part, though, is that there are many similar shisa nyama places on the side of the road throughout Soweto. This number, sadly, is decreasing as people are drawn to the comfort of chain store foods. So go before these all close down and we’ve turned into a country of culinary blandness. Shebeens are actually pretty easy to find but if I tell you how, I’ll spoil half the fun.

Anything Else: The dodgier looking the shop, the tastier it will be. But always judge your own instinct – if you don’t feel comfortable or safe in the area, do not stop there. 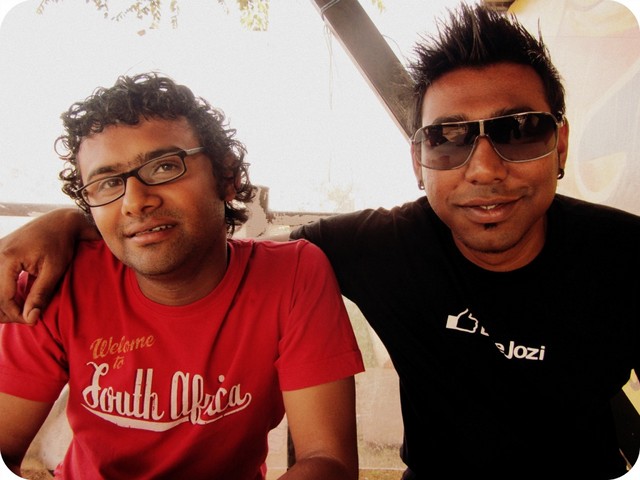 2 thoughts on “Soweto: Some joint on the side of the road”