Last Thursday, my day involved taking brat to the airport for his single day in Durban. Go figure. Anyway, the aim of the day was to get hold of some hipster noodles. Hipster noodles are like regular noodles but served and eaten by hipsters. I like the hipsters in Jozi as, because of them, there exists the phenomenon of hipster noodles. Hipster noodles were actually invented by some obscure noodle shop you probably never heard about. However, urban legend says it was done by Lucky Moo at their branch on Gandhi Square. Slowly, Lucky Moo moved to Parkhurst and then it EXPLODED into a chain with outlets opening in Morningside, Rivonia and probably in your favourite commercial mall. The hipsters wouldn’t have it that way. Yes, the noodles from Lucky Moo are OMG, so damn awesome I could write a twenty-three syllable haiku to it, but when the Kugels in Sandton are eating it, it doesn’t really matter. Kinda like how Sia is not that cool anymore.

Enter the Good Luck Club situated next door to Wolves. They serve noodles in their catastrophically minimalist and oh so gorgeous store. From the early reviews and the huge crowd gathered around the store, this was definitely the best noodles this side of Neighbour Goods Market. It may be under a month old, but it is probably already an institution in Jozi even though the city is littered with some orgasmically great Chinese cuisine.

The huge crowds and the parking situation on Corlett Drive, as well as the fact that brat had a plane to catch, we took a (scenic) drive around the block and ended up Thrupps Centre which possesses one Lai Lai Garden. I had passed by this restaurant before on, I think a Sunday. They were closing up and my noodle craving was not satisfied. I did end up winning a pizza at Mimmo’s so that was a bit of a consolation. Anyway, it was open this time around.

Walking into Lai Lai Garden, the first thing you noticed were these huge, round, ten seater tables populated, quite strangely (for me), only by ten Chinese men. Three were populated as such. Seeing this, I figured this place was legit. We got a seat next to a nice red wall, symbolising Communist China (not really) and placed our order for some Jasmine Tea. I’ve recently forgone sugar in my tea (all types) and this has actually allowed me to appreciate all types of tea. I have a strange obsession with hibiscus tea which nobody can truly understand. 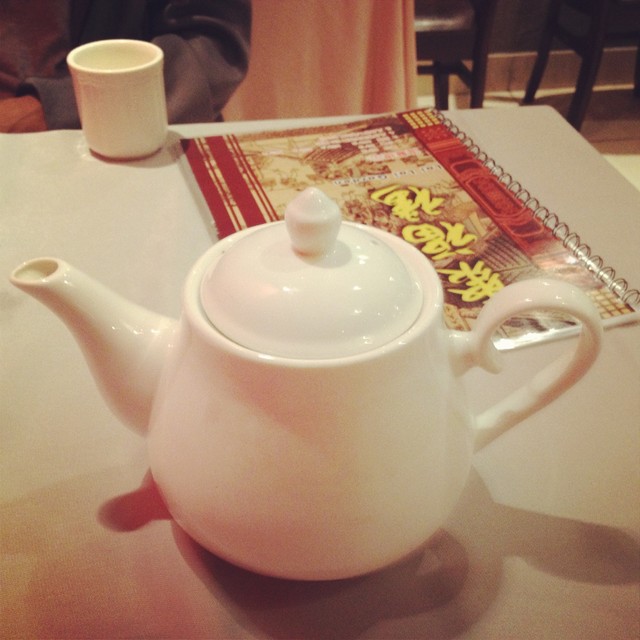 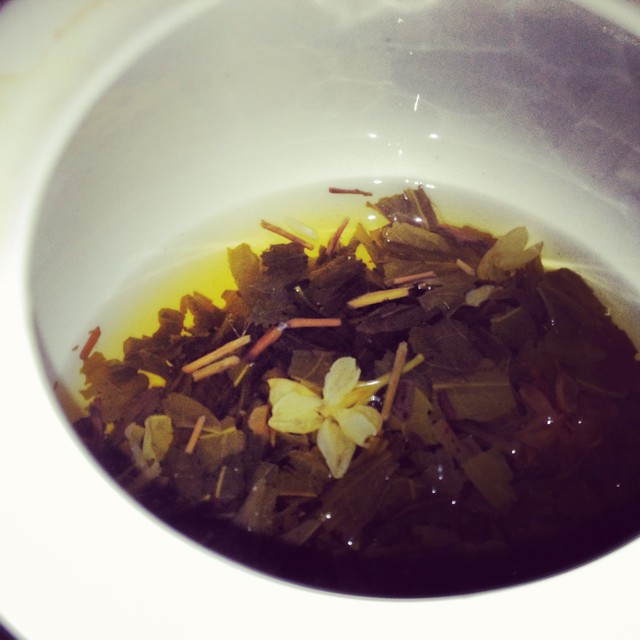 The invigorating scent presented a tame yet pleasant, bamboo impression on the tongue. As the infusion uh, infused, the jasmine added such richness and depth that your mind hallucinated adjectives as it tried to pin down the sensation. I’m also pretty sure the bamboo flavour was purely imagined. So far so good – I still wanted hipster noodles.

Then onto the menu which was overrun by Chinese characters that I now feel rather useless for not being able to decipher. Brat then ordered a soup in lieu of a main. Sometimes, he does strange things. This was a chicken and corn concoction that provided some entertainment for the palate. It lacked a bit of salt but was seriously good. I still had visions of the hipster noodles being better. 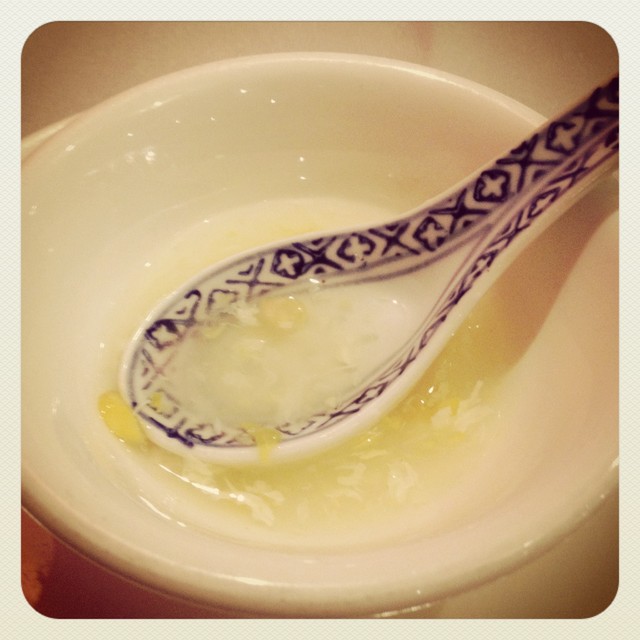 The main was one of the Chef’s Special served on a hot plate. The picture looked good so I gave it a bash. I ordered some noodles on the side to quench my craving. A few minutes later, the waitron presents this black plate with a steel hood that gives off a pleasant sizzle. He removed the hood to reveal a tussle of aromas that fight to entice you. The meat gently sears on the plate as he places it in front of me, and then he gives a tiny smile and walks off. I take a bite of the noodles and am disappointed by the oily texture. I take a bite of the meat and I am ready to sell my soul to have this food every day of my life.

It was THAT perfect! The meat was perfectly done. The hot plate seemed to keep the meat at this perfection. The heat and the juiciness entangled to create sheer perfection. The spices rose to dizzying heights providing my taste buds with the perfect mix of everything. I really couldn’t believe how perfect it was. I began to have these concupiscent urges to never be apart from this meal ever.

This was the best meal I’ve had this year in Jozi. So much so that I really could not dream a better word than “perfect” to use in the paragraph above.

Brat and I ensured that the generous portion was wiped clean before returning the baron chinaware. We ended off the meal by cleansing the palate with the now ultra-concentrated remnants of the jasmine tea. I sat completely and utterly satisfied. Who cares about hipster noodles! 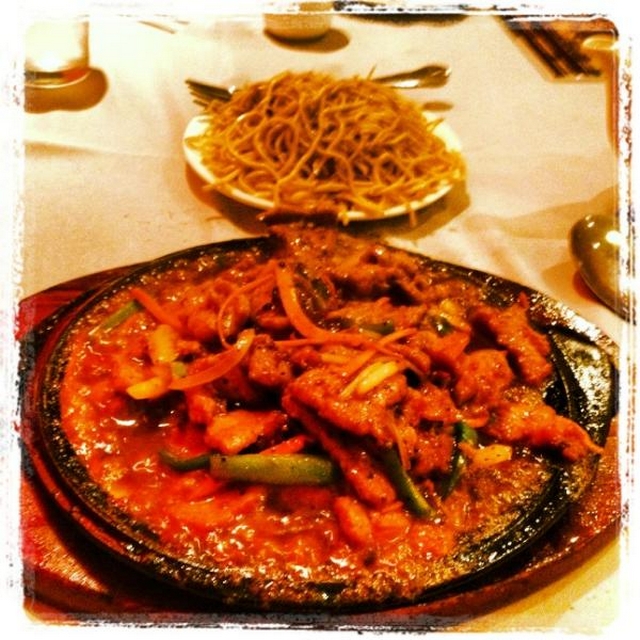 How to get there: Lai Lai Gardens is situated in Thrupps Centre in Illovo. It is situated where Rivonia Road turns into Oxford Road. If you are coming from the M1, take the Corlett Drive offramp and go towards Melrose Arch (not towards Bramley) and turn right into Rudd Road. The back entrance of Thrupps Centre is at the traffic circle on Rudd Road.

Cost: The meals are pretty reasonable and so is the tea! It cost about R10 for a whole pot of tea. I suggest having one of the Chef’s Specials which start at about R70. There are cheaper meals. The portions are dear and you will struggle to finish it unless you’re really hungry.

Anything Else: Go with a nice big crew, sit at one of the big round tables and order several dishes which you can then sample. They apparently also do a really good Sunday lunch buffet. I actually still want to go to Good Luck Club though. Try both. Also, thank Steve Jobs for Instagram! 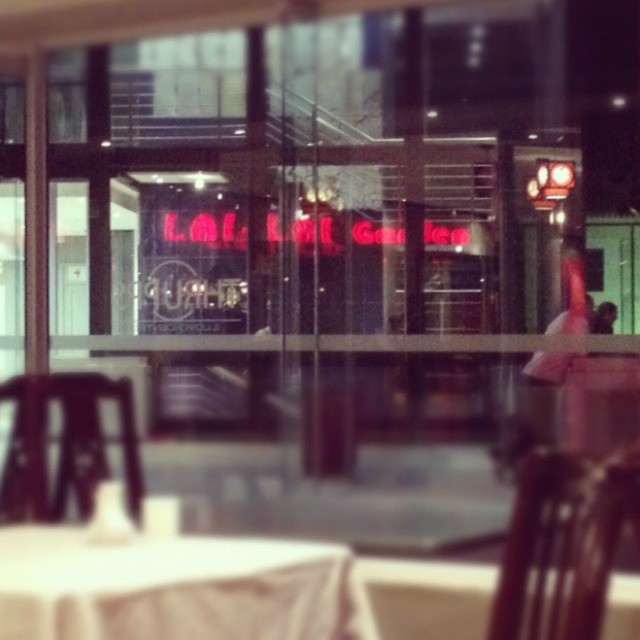