South Africa is really a special country. Even though we are a small (well, more medium sized if you compare it to other countries) nation with a modest population, the country has produced some of the greatest human beings to grace this planet. Many were born here whilst others found the inspiration to change the world after they came to South Africa. One of the sad parts about this is that if the world was a just place, they would have never been such symbols of extraordinary.

Mahatma Gandhi is revered all over the world. He spearheaded the largest revolution of the 20th century which granted his country Independence. He was a catalyst that kickstarted South Africa’s own revolution. His practice of Satyagraha has inspired billions of people. I think every person that is currently making a difference in the world would cite Gandhi as an important role model.

South Africa was where Gandhi first understood what his cause was in the world. After he couldn’t get his law firm off the ground in India, he accepted a job in South Africa. It would be pretty interesting to know what was going through his mind at the time. He’d probably be like many of us in our late twenties wondering what the rest of our life holds. An overseas job is a cool idea but you don’t expect it to drastically alter your life. I’d gladly work in Spain for a year but I doubt it would truly change me and my path in life. I’m sure Gandhi thought the same. One year experience in a foreign country would be a great career move for him. The knowledge he would gain would grossly help his cause of getting a good job, getting a good wife and have eight kids. I doubt he thought he’d become the person that we remember. Makes you wonder what would happen if you changed something about your life…

Gandhi spent much time in Johannesburg. If you speak to them nicely, you can get the Parktown and Westcliff Heritage Trust to give you a tour of Gandhi’s Johannesburg. You can even stay at one of Gandhi’s residences in Jozi that has been transformed into an abode that conforms to the principles of Satyagraha. But the easiest homage to Gandhi is to visit Gandhi Square in the CBD. I first visited Gandhi Square during an event that you probably haven’t heard of called an Instawalk. It’s been around for a while so some of you might have actually been on one. I went on the first so… Damn, that last sentence was way too hipster. Then again, hipsterism would not be the same without Instagram. How else do you make your food look that good?

These walks are actually really awesome and work on the principle of a photowalk except you use your nice little iPhone (and now Android) to take pictures using Instagram! Well, technically you should take it with your normal camera and use Instagram when WiFi is available (due to the exorbitant cost of mobile data.) Anyway, it really is quite a great concept. Camera phones behave very differently from your traditional cameras and you need to work within these constraints. Sometimes, you get a better shot on your camera phone. Gandhi Square does not really have much to see. Although it went through some of Jozi CBD’s earliest urban rejuvenation, you aren’t going to see many northern suburb residents here on a weekend. During the week, it is a great spot to people watch although it doesn’t have that “safe” feeling to it. That could just be me. Anyway, we didn’t stick around the square for too long but took a stroll through the mining district. The mining district is home to the Chamber of Mines and companies like Anglo American, Ashanti Gold, BHP Billiton and others that make huge profits while <censored>

The entire district is marked quite well with informative signs giving a detailed account into our illustrious mining past. There are also many pieces of equipment from yesteryear that punctuate the sidewalks and give you that sense of grandeur.

If you have a weekday off, take a walk along these streets and experience the hustle and bustle as well as the history. The CBD is alive and this is one of the hives. 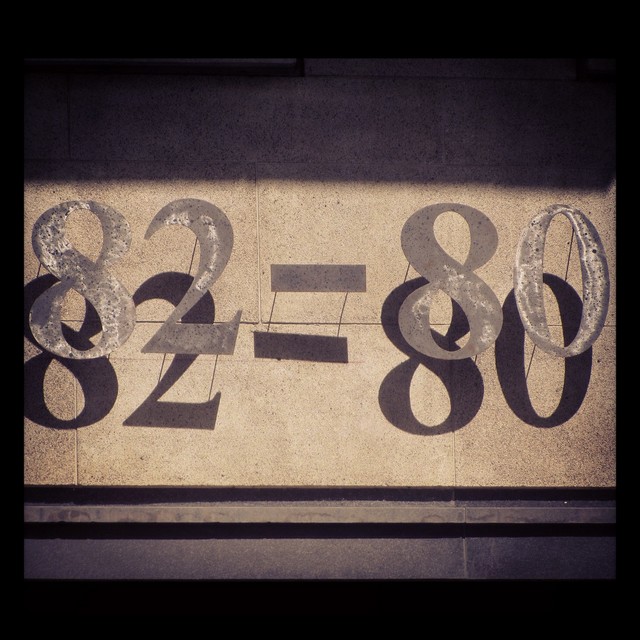 Dr. Hans Merensky is a rather interesting individual. In a similar fashion to Gandhi, he came to South Africa to do some rather routine geological surveys. He then proceeded to basically invent mining in South Africa. Okay, he didn’t exactly do that but without him, I really cannot fathom what our country would be like. He found SEVERAL gold, platinum, copper and phosphate reefs as well as the biggest chrome deposit in the world. He also predicted and discovered the vast alluvial diamonds in Namaqualand. He was also a philanthropist. If he wasn’t, I am pretty sure he knew he didn’t have any chance of getting into heaven. Although being involved in anything mining related does basically guarantee you a one way ticket to hell. Anyway, he was a true scientist and just like many other geniuses of the past, I don’t think he fully understood what the effects of his commitment to science would be. He is someone that fascinates me. I have bought this book, called Platinum, Gold and Diamonds about his discoveries. I expect to track his footsteps in the near future. I really dislike the mining sector. Well no, the mining sector is the most important sector in the world. It’s actually very complicated. Our world is built on the proliferation of mines. Without them, we’d basically have nothing. I would estimate at least 80% of all that you’ve interacted with today was a product of mining of some form or the other. In South Africa, it’s probably more. Our plastics and electricity is sourced from coal which means every facet of our modern life is sourced from the mines. The recent events at Marikana, which actually lies on the Merensky Reef, have shown us that the mining sector is not healthy.

I’m not a huge fan of capitalism in the form that it’s implemented in many places around the world (I will admit that it actually is the best possible system in many places) and the mining sector is one where it just does not work. It stems from mine owners’ greed that has been with us for over a hundred years. It’s widened the gap between the haves and have nots to the point where this gap has become unstable. Years and years of greed simply mean that what we have now is nowhere close to the equilibrium that supposed to have been created.

The solution is still hidden behind the veil created by the evaporated blood spilled at Marikana. Mining needs heavy skill, superb leadership and requires great capital investment and risk. But it also needs the people of the land to extract these riches. Where is the balance? How do you fairly distribute profits? What is the correct strategy to get these profits? How do you determine what is right, fair and just in an industry where these terms have never existed? Where does the equilibrium really exist?

How this is done, we don’t know. Maybe some young upstart will be thrust into this field and make a difference. Anyway, the city has some really pretty buildings. Outside the Ashanti Hotel, stood this gentleman. His face has a story. I wonder what it is… After the walk, I looked at these pictures and was blown away. That might be the ultimate in stroking my own ego but seriously, look how beautiful this city is. Just look at it. I wonder if it would be this beautiful if the city didn’t endure all this pain. I’ve barely touched on the legacy of Gandhi and the way Merensky actually changed our country. Check out these books and movies on their lives.

Autobiography: The Story of My Experiments with Truth

Movie: Der weiße  Afrikaner (In German although there are subtitled versions)

If you would like any of these pictures framed, please contact me and I will make a plan! 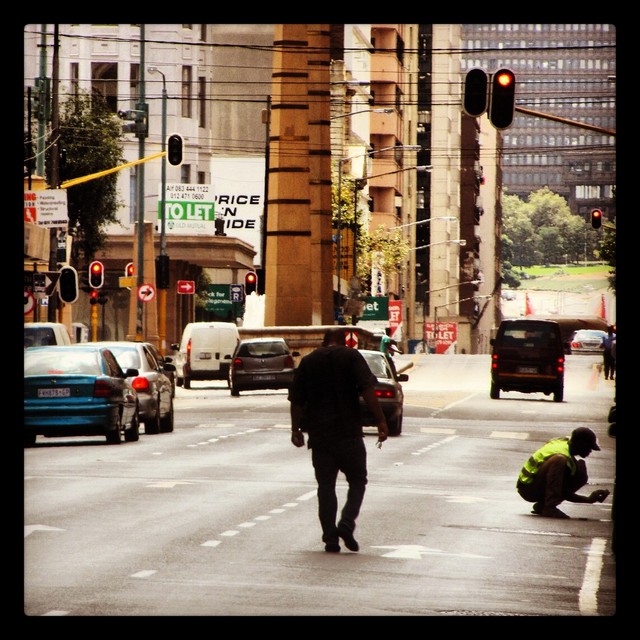 3 thoughts on “Instawalk: Gandhi Square and the Mining District”