I really love driving. The lure of the open road is addictive. The sights. The solitude. The power that reverberates when you put foot to floor. Speaking to Riaz this weekend, he mentioned something, well, bad about Jozi when it comes to driving. He said that Jozi instills a natural instinct to rush. He’s right. We don’t take in the beautiful roads and the urban scenery – we’re always focused on where we’re going and not how we get there. Even the indoctrination from Nissan hasn’t settled in. I guess it’s a function of life in Jozi where there is just so much happening. There are also so many accidents that you need to be constantly alert or else you could end up as a statistic. We don’t enjoy the simple act of driving.

I have driven a lot of roads in South Africa. I’ve done some of the most stunning mountain passes in the Western Cape, the haunting ring road around Lake Gariep, the mystical and mythical R61 in the Transkei and everything in between. If you’ve travelled these roads, you’d wonder how could I add a road in urban Gauteng to this prestigious list of driving pleasure.

The Gauteng Freeway Improvement Project (GFIP) has given the residents of Jozi some of the greatest roads our country has seen. The one road in particular that fills me with such glee is the R21 between the N1 in Pretoria and OR Tambo International Airport. I attended a wind energy seminar which took place in Pretoria which, oddly enough, is the least windy capital city in the world. The conference venue was just right next to the freeway at Nellmapius. So after it was done, I started my ignition with this feeling of a nine year old about to open his birthday presents and got onto the freeway. 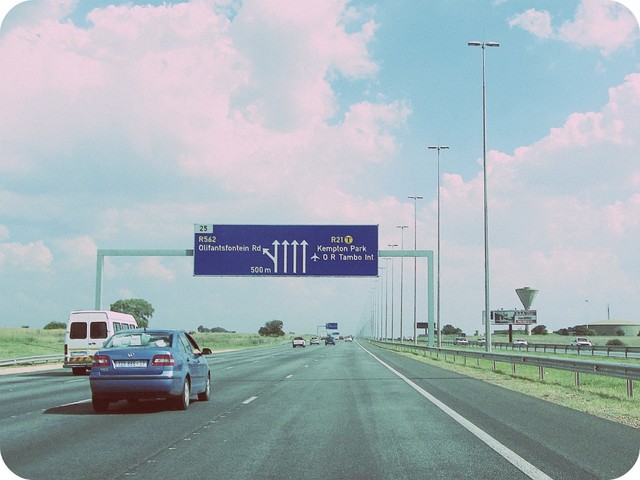 I’ve driven the road whilst the GFIP was still in progress and even with construction beacons everywhere, you could see the potential of the road. As the GFIP draws to its conclusion, this road is now complete and absolutely stunning. It is a masterpiece with a minimum of four, wide lanes which stretch for around 50km from Pretoria to Kempton Park. Travelling from Pretoria offers you a gentle downhill all the way to the airport. As a petrol-head, this road sucks you in like a spiritual celebration. It really is so wide, it’s disconcerting. As your foot moves closer to the floorboard and your mental arithmetic furiously calculates how much money you will have to part with, your logical deduction fails you as you don’t feel like you’re going much faster. And gosh, if there is a road where you want to go to jail for driving on, here it is! 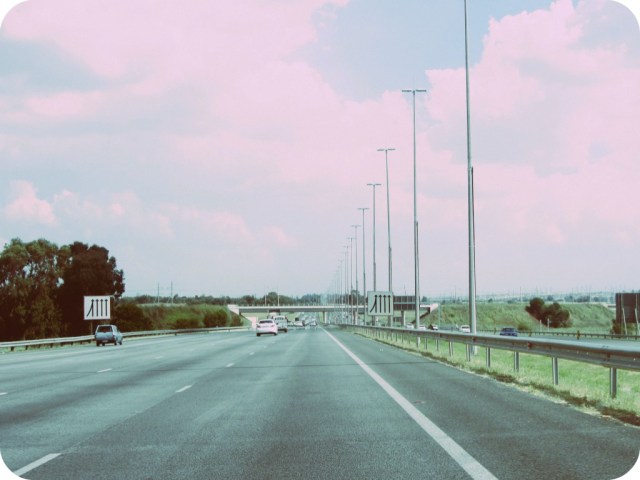 The GFIP has been a bit of a sore point with residents in Jozi. The threat of e-tolling has become a reality and we as users will have to foot the bill for the (mostly) wonderful upgrades of these high-volume roads. The roads that have been upgraded were in need of a refurbish. The now non-existent concrete highway western bypass of the N1 was a nightmare. You would rather fight a bear than attempt to get off at the William Nicol offramp. The capacity of all highways has been increased by between 33% and 100% which has helped the traffic situation, although not completely eradicating it. There is now a definitive reason to stay on the freeway rather than brave the back roads as the freeways will always get you to your destination faster than any other route. The e-tolling issue has effectively made SANRAL and not ESKOM the most hated parastatal. The decision for e-tolling was taken years ago with research done on the Bakwena Toll Concession in northern Gauteng and Limpopo. This had significant opposition in 2002 but well, it exists and people gladly pay the rather high costs for the road. When people are using it and paying, most researchers would tell you a similar system in a different area would probably work.

In all fairness, the Bakwena Toll Concession run roads are indeed kept in great condition and that should be the case with the GFIP. As with all other toll roads throughout the country, this does guarantee that the roads shall be kept in a tip-top shape with whatever value-added services that have been contracted to be provided. Similar systems exist in places like London, Singapore, Stockholm and elsewhere where you pay a congestion charge to utilise city roads. The users do benefit at the end. But is this the correct way to look at it? Consumers are being squeezed from every corner to pay up. When I was in primary school, my mum used to fill up the car with R30 petrol which would last the week which would include trips to a shopping centre. Since then, petrol prices have skyrocketed due to oil prices and levies on fuel have also increased dramatically. It is impossible to park at a mall or even on a street in Braamfontein or Parkhurst without paying a car-guard, an Interpark machine (also known as the worst invention ever in the history of the world) or a “meter-maid.” I stay a few kilometres from work but my total weekly spend is between 5-10 times that R30 from my childhood. We now need more money to pay for these services. To get more creative, people then get more creative in order to create a niche that shouldn’t exist so that more money can be made. Some call it progress and the capitalist dream. Others call it exploitation. But exploitation is usually reserved for non-capitalists so I guess we’ll have to stick to progress. 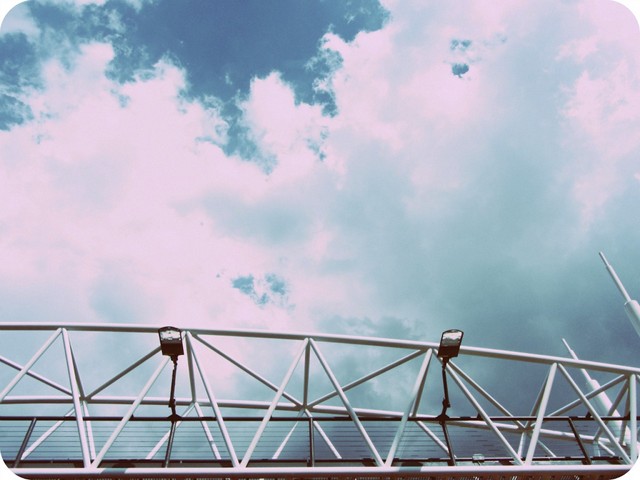 Anyway, back to the beauty of this road. Driving this road again made me wish it did not end. It also brings out all the clichés out but by now, you’ve noticed them. The N1 to Pretoria made me fear driving, the robots on Rivonia Road tested my patience, the traffic on the M1 near the city made me seek pills and the potholes in Fourways made me question my sanity. But the R21 brought back the love.

As you approach the R24 (which takes you to the airport) you are rewarded with a spectacular site. A lot of airlines are using the new Airbus A380 aeroplanes to fly into South Africa and you are greeted by two or three of these stunning pieces of engineering. An apt closing act for a drive that reminds you why you stuck those pictures of Testarossa’s and Countach’s on your wall as a child. 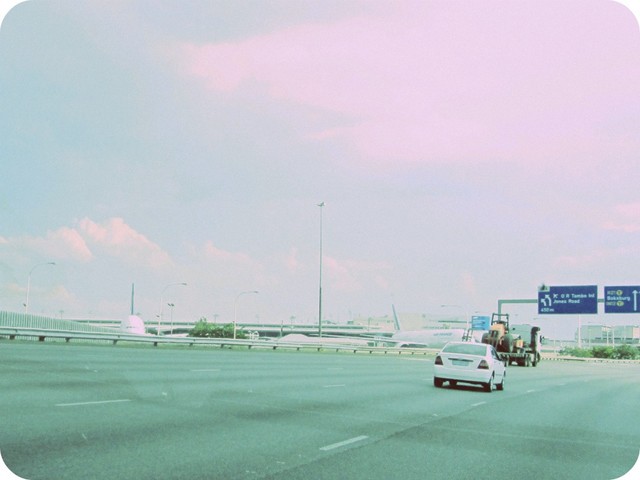 When to go: This is a major thoroughfare between Pretoria and the East Rand so avoid it during rush hour. I drove it around 14h00 and there still was a considerable amount of cars on the road. As for the speed cameras, now that would be telling. Do remember that the e-toll starts at the beginning of May 2012 so to minimise your cost, go before these are in place. I do suggest that if you are from Jozi and are in Pretoria on a weekend, take this route back. It will add quite a distance to your route but I guarantee you’ll reach home much happier.

How to get there: I suggest joining the road from the north and driving southwards. After all, going south does feel like you’re going downhill. You join the R21 from the N1 at the interchange with probably the coolest name, the Flying Saucer Interchange. To get to the N3 at Gilooly’s Interchange, at the airport, turn onto the R24 and this will join the N12. Follow the signboards accordingly.

Cost: If you live in Jozi, it will take a considerable amount of petrol to go there. With the e-toll price of 20c per kilometre, even a 150km round trip will just cost you R30.

Anything Else: I seriously doubt you’re going to drive here just to drive the road. I stumbled across a rather cool place called Uncle Tim’s Centre just off the R21 where I found some really great records and books. They have a fair every first Sunday of the month which is worth a visit. You should also definitely check out Pigspotter before you drive the route – just in case. 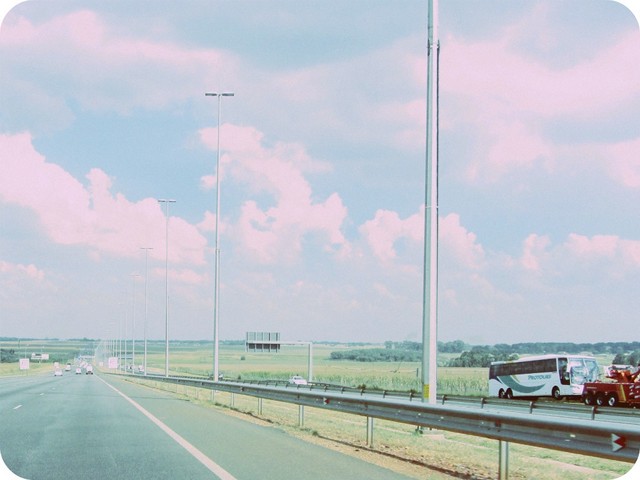